< < Back to foundation news

TEXO, the Aberdeen-based construction, engineering and fabrication specialist, has announced a deal with undefeated boxer Dean Sutherland that will allow him to become a full-time professional boxer.

Dean, who has dreamed of being a professional athlete since the age of 5, is so far undefeated in his career, and claimed a title in his first full year of professional boxing, becoming the BUI Welterweight champion in 2019. Fights in 2021 saw him win WBO Youth World Title and the WBC International Silver title.

“When we signed our initial three-year deal to sponsor Dean last year, we knew he was something special,” says TEXO Managing Director, Chris Smith. “Since then, we have been blown away not just by his natural talent, but by his incredible work ethic and the atmosphere he creates around him. We know he’s got star potential – he’s already demonstrated that in his latest fights – and so we wanted to give him the opportunity to concentrate on his boxing full time.”

Dean started Taekwondo at the age of just four, and moved to kickboxing at nine, winning world titles at five different weights as he moved through his teens. At 19, he took the decision to move straight into professional boxing, and has been called “One of the most promising Scottish boxers for a long time,” by Gary Jacobs, Former British, Commonwealth and European Welterweight Champion.

“It’s been a fast-paced year since TEXO first came on board,” says Dean. “This support means I can now concentrate on training with world-class coaches and boxers, surrounding myself with the talent and experience to push me on to the next level and finally achieve the things I have always wanted.”

“It feels unbelievable to be in this position,” he continued. “I’m coming to this new stage with a lot of momentum from last year’s title wins, and with a great team behind me. Making boxing the ‘day job’ means I will have much more time to devote to training and recovery, which will improve my technique, skills and conditioning.”

Dean is also taking part in a world-first research project. The project, based at Abertay University in Dundee, means that Dean will also be travelling to the university two or three times a week as a volunteer to help researchers understand more about boxing physiology.

“I can’t wait to put Scottish boxing on the map,” adds Dean. “We have some brilliant home-grown talent in Scotland, and it’s really important to me that people see what a great set up we have – not just in Glasgow and Edinburgh, but further north in Aberdeen too. I’d love to be part of something that inspires others to see, support and take up boxing across the country, and I’m very excited about the next chapter in my professional life.” 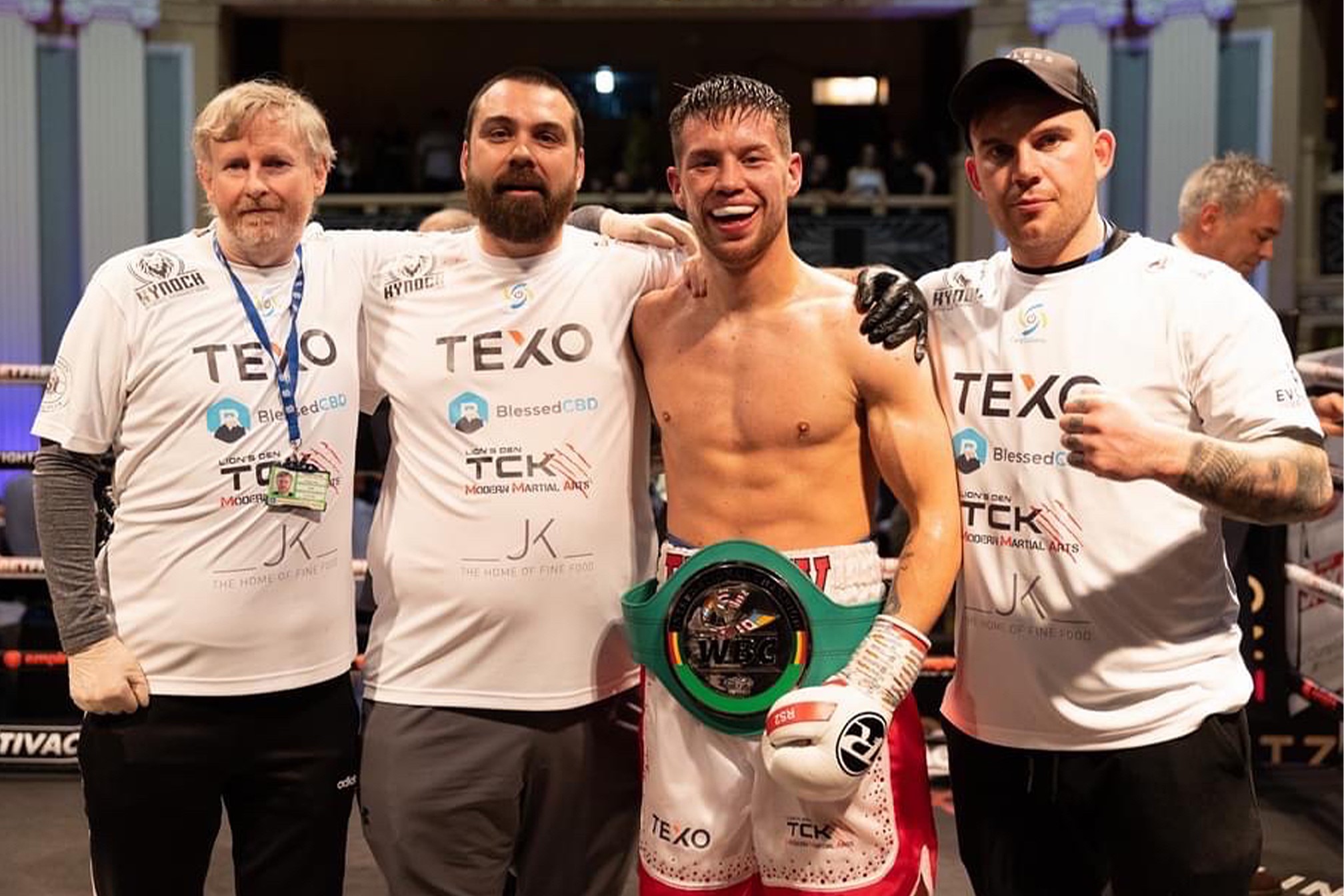