TEXO DSI was commissioned to undertake aerial scanning and inspection of stormwater tanks beneath the proposed sites for the Commonwealth Games.

The client’s focus was to understand the capacity of the tanks and pre-work floor conditions, thereby establishing a visual inspection benchmark. The aim was to ensure that any damages before construction works were fully observed and documented.

Upon project completion, a subsequent survey is scheduled ensuring any damages due to construction are identified and repaired under warranty by the construction team.

Alternative survey methods were poorly equipped to solve the challenge. CCTV crawlers would neither provide sufficient detail nor coverage of the required ceiling areas and the unknown condition also made manned entry too hazardous.

Laser scanning was conducted of the building space above the tank. The system was subsequently inverted into the two openings at either end of the tank on a specialist inverted tripod system, to scan the space without manned entry. This would allow exact identification of roof tank thickness in addition to the overall dimensions internally.

While conducting the survey the client noted that a large opening was present linking further, previously undocumented, stormwater channels. Due to the location and complexity of the opening, TEXO utilised the UAS to capture sufficient data to infill the model with photogrammetric data, thereby enabling the client to understand the potential implications, locations, and conditions of these additional assets.

With the instantaneous viewing of the inspection data, the client was able to make instant decisions as to the required detail in the survey onsite.

Once the survey had been completed, the TEXO team processed all scan data to deliver the volume calculations of the space, technical drawings, and estimated volume of material to be removed from the storm tank floor.

In addition, with the detailed drone inspection data the team were able to identify any cracking, spalling and damages to the tank structure and associated infrastructure without any manned entry. With the specialised localisation technology, the team were able to accurately identify the position of the defects within the tank. 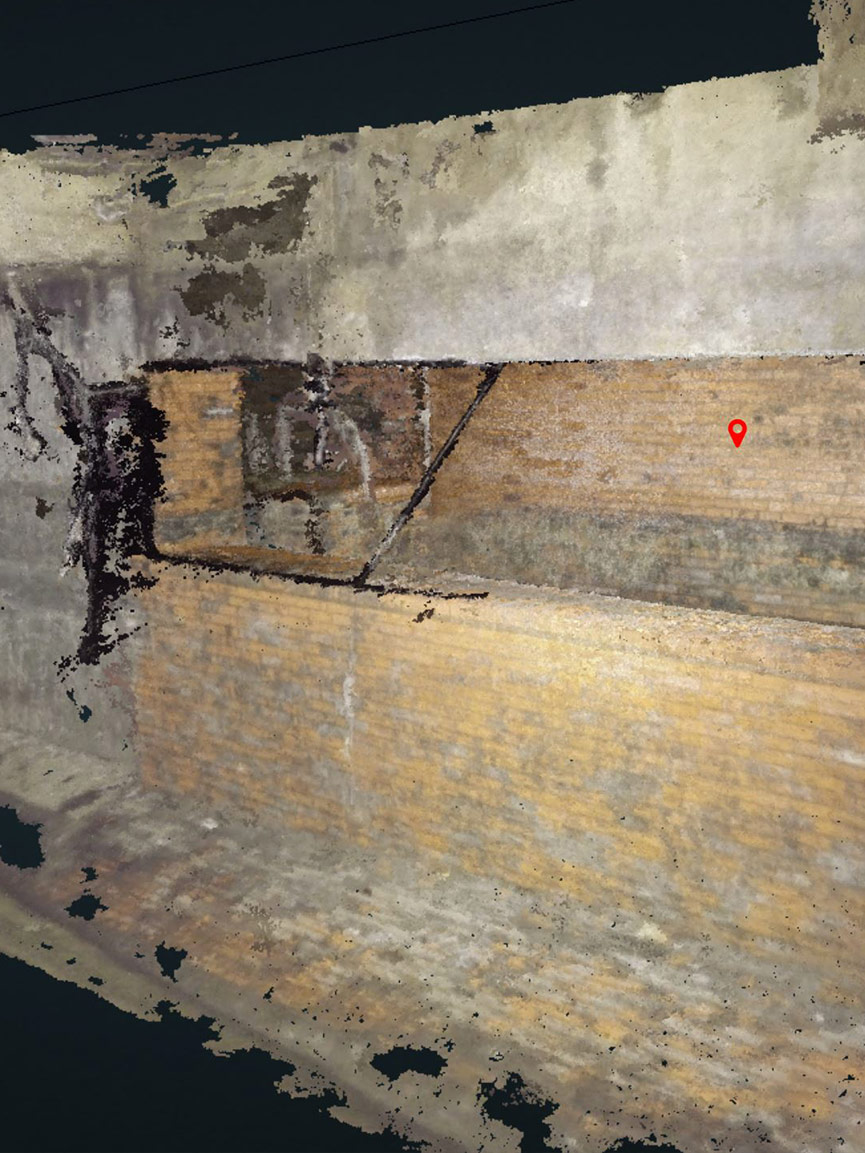